(Plain Press, June 2011) The City of Cleveland has applied to the Ohio Environmental Protection Agency for an air permit to build a $180 million waste to energy plant at the Ridge Road trash transfer station. If constructed, the facility would be the first of its kind in the United States. The technology proposed for this plant is being utilized elsewhere in the world, primarily in Asia, with questionable environmental and economic results. The process to be used at the plant, known as gasification, vaporizes trash at an extremely high temperature in order to create a synthetic gas that can be used to generate electricity.

The ash byproduct from this process can be safely mixed with concrete for road paving or the manufacture of decorative bricks, according to proponents. About 8% to 10% of the material subjected the gasification process will be rendered to ash and is likely to contain toxic chemicals, according to opponents.

The facility will also provide a technology to convert paper and yard waste into fuel pellets that can be burned to generate electricity for Cleveland Public Power.

The cost estimate for the waste to energy project includes an expansion of curbside pickup of recyclables to all neighborhoods in Cleveland. A pilot curbside recyclable project currently serves approximately 10% of the city.

Opponents claim that gasification is merely incineration by another name and has similar effects in polluting the environment. While there are over 100 trash incineration plants in the United States, it has been over a decade since the last mass burn plant was constructed, largely due to widespread public opposition.

As recently as March, Mahoning Renewable Energy asked the Ohio EPA to withdraw a permit for a waste to energy incineration plant in Mahoning County near Alliance.

The emissions from a gasification plant would be similar to (and in some cases, greater than) the toxins produced by an incineration plant, according to US EPA findings as reported in Incinerators in Disguise, a study conducted by the Blue Ridge Environmental Defense League.

The toxic elements released into the environment would include dioxins, furans, mercury, lead, arsenic, cadmium, chromium, nickel, and carbon dioxide. These pollutants would have detrimental impact of the air, soil, and water in the surrounding area. A plume from such a plant can travel up to 400 miles. Cuyahoga County and Northeast Ohio are already subject to EPA orders to reduce the levels of particulate matter and other forms of air pollution.

Putting aside, for future discussion, the issue of the potential toxic impact of the proposed waste to energy gasification plant, a group of 30 environmentalists gathered on May 10, 2011 at the Cleveland Environmental Center, 3500 Lorain Avenue, to discuss the economic advisability of the project and to explore other economically viable alternatives such as improved recycling protocols and the composting of organic matter.

“The city is trying to solve two problems –garbage and fuel- in one project; I think that conflating these two things is a mistake,” said Neil Seldman, President of the Institute for Self-Reliance in Washington, D.C.

“The 1940’s and 1950’s were the first generation in history not to recycle, but there is a recycling revolution that has been taking place since the 1960’s,” said Seldman. In the 1970’s, only 5% of recyclable goods were recycled in the United States, but that has increased to 33% and is growing at the rate of 1% per year. Waste management companies are beginning to recognize the profitability of recycled goods and are beginning to buy recycling companies, according to Seldman.

The reasons for this increase in interest in the profitability recyclables are that the human population is growing exponentially, emerging markets such as India and China are “beginning to consume like we are,” and “our industrial society has already exhausted the low hanging fruit in terms of resources,” said Seldman.

With improvement in recycling techniques and a composting program, Seldman believes that recycling rates can more than double. Los Angeles has achieved a 65% recycling rate, and San Francisco, the first city to mandate the recycling of food waste, has reached a rate of 74%, said Seldman.

The key to the growth and profitability of recycling is to disaggregate the waste stream, according to Seldman. “If you keep it (recycled products) separate, it is a resource; if it is aggregated (with non-recyclables), it is garbage,” said Seldman.

And the more that you can segregate classes of recyclables, the more valuable they become. Seldman used the example of paper as a resource that increases in value if the grades of paper are segregated for collection. A single stream system in which all types of paper are mixed together will yield $15 to $20 per ton in the current market. High-grade bond paper will yield around $250 per ton and newsprint will bring $50 to $60 per ton, according to Seldman.

Greys Recycling, in partnership with the City of Edmonton in Canada, has built a highly successful business that transforms recycled paper and clothing into high-grade paper products. Replication of this plant in Cleveland would require 40 tons of clean paper per day and would produce 100 jobs that would pay $10 to $14 per hour, said Seldman.

The St. Vincent DePaul Society in Eugene, Oregon recycles and restores old mattresses, furniture, and appliances and sells them for pennies on the dollar. This business employs 400 people, mostly drawn from the ranks of unskilled, low-income labor force, at an average wage of $12 per hour with medical and dental benefits.  Estimates indicate that the St. Vincent DePaul project has reduced the cost of living in Eugene by 1.5%. The Society has a strong interest in seeing its model replicated in other cities.

Recycling of computers and other electronic devices represents another profitable business opportunity. According to Seldman, such a business is labor intensive since electronics would need to be dismantled by hand and would create 294 jobs at $10 to $14 per hour for every 10,000 tons of electronic equipment recycled. Recycling two computers in one hour would create $88 in value, he said.

“I call (waste to energy plants) destructors because they destroy valuable resources; I call them wasted energy plants,” said Seldman. “I believe that the economics should make this decision,” he said.

But, Seldman cautioned environmentalists and other concerned citizens to closely monitor the political process of determining whether to proceed with a waste to energy plant. “Incumbent politicians love big bond issues because 15% goes to their friends (in bond management fees); even if it is legal, it is contrary to the public good,” said Seldman.

And, it is reasonable to question whether the $180 million dollar plant proposed will result in another classic Cleveland boondoggle. The gasification process is largely unproven and, in many cases, has proven to be riddled with technical, operational, and financial difficulties. A plant in Wokongong, Australia was closed and the facility demolished after only 4-years in operation. Another plant in Karlsruhe, Germany was closed and demolished after 6-years in operation. 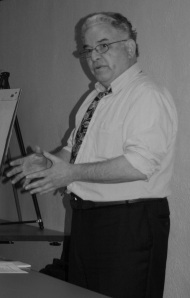 PHOTO BY JOE NARKIN Tuesday, May 10, 2011; Cleveland Environmental Center, 3500 Lorain Ave: Neil Seldman of the Institute for Local Self-Reliance in Washington, D.C. describes economic alternatives to the Waste to Energy Plant proposed for the Ridge Road transfer station at a gathering of local environmental groups.