(Plain Press, February 2013) On October 5, 2011 at about 3 p.m. in the afternoon, Mike Traut says he learned of a Cleveland Health Department bust of a hoarding situation involving 106 cats. Traut says he and a number of volunteers came together to rescue all 106 cats. They rented a house on the Near West Side of Cleveland, with consent from the landlord, and founded Tails From the City, a non-profit, no-kill, all volunteer cat rescue group. Traut recalls that first rescue–securing trailers and cages, and working overnight from 7 p.m. to 5 a.m. on that first weekend transferring the rescued cats to their new home.

Now over a year later, Tails From the City’s shelter on the Near West Side of Cleveland provides a haven for rescued cats while they await adoption. Traut, remains active with the shelter, and is President of its seven member Board of Trustees. Peter Massaro, one of the three founders of the organization is also on the Board of Trustees. Board member Michelle Wheadon serves as the organizations’ volunteer Executive Director. In addition to the seven board members, there are about 10 other individuals who volunteer at the shelter.

Wheadon says of the first 106 cats, all but 35 have been adopted, but the shelter continues to accept more cats in need of adoption and to rescue cats in danger of being subject to euthanasia at other shelters. Wheadon says the City of Cleveland Kennel, which is set up for dogs, occasionally receives cats and “will bring them to us.” Recently, Tails From the City took 19 cats from another shelter that was over its capacity. Wheadon says 16 of those cats have already been adopted.

Currently, the shelter houses 70 cats. Since its beginnings in late 2011, 180 cats from Tails From the City have been successfully adopted. The rescue group works with three PetSmart stores (Parma, Macedonia and University Heights) where adoptable cats and kittens are made available on a daily basis. Tails From the City also has a website (www.TailsfromthecityCleveland.org) with links to Petfinder.com where adoptable cats from the shelter can be viewed. The website also has a link to Tails From the City’s Facebook page which includes testimonials from people who have adopted cats rescued by the group.

When entering the shelter, visitors come into a front room lined with large cages– each with a cat, sheets or blankets, a litter box and food and water bowl. In a second room, there are cats in smaller cages lined with sheets. The cats inside the cages also have water and food bowls. There are many new arrivals in this room; one sleeping cat is recovering from injuries sustained before being rescued.

The upstairs of the shelter is dedicated to cats that are known to be able to get along with other cats and are not aggressive. They roam free on the upper floor and have a variety of perches, tunnels and shelves where they can hang out. The upstairs cats are very friendly. Wheadon says when she is upstairs by herself, she can lay on the floor with the cats who seeking petting and attention. Wheadon says the cats on this floor would make good pets, but they are not pet store ready. One issue that prevents cats from going the pet store route is some of the cats are highly resistant to being placed in a cat trailer for transport to the pet store.

A separate room in the shelter is reserved for cats with HIV. Wheadon explains that these cats are kept separate from other cats because cat HIV, while not contagious to humans, can be transferred from cat to cat by blood through a bite or scratch. One of the shelter’s HIV cats was recently adopted by a man from Michigan, who Traut says was looking for a companion for his HIV cat.

Tails From the City has developed a relationship with two animal hospitals, which help make sure new cats are healthy and ready to come to the shelter. Wheadon says all cats receive a test for leukemia first before coming to the shelter. The animal hospitals and the APL are used to assure that all the cats are vaccinated and get spay or neuter surgery when necessary.

Volunteers come in on a daily basis to wash food and water bowls, change litter boxes, wash sheets, sweep the floor, provide fresh food and water to the cats, play with and pet the cats. Tails from the City welcomes volunteers, ages 16 and older, to help out at the shelter.

The organization published it first newsletter in December 2012. The newsletter provides a bit of history of the organization and has some contributions by volunteers who share stories of rescued cats. The last page of the newsletter includes a form where individuals can sign up to sponsor a cage. For $240 dollars, the sponsorship includes providing food, water, warm bedding, toys, treats, medical treatment, vaccinations, spay and neuter surgery, rehabilitation for abused or “special needs” animals, and a home for a cat awaiting adoption. Donations can be made via links on the website to PayPal. Donations of any size can also be sent by mail to: Tails From the City, P.O. Box 93514, Cleveland, OH 44101.

Volunteers will pick up sizable donations of supplies for cats such as cat carriers, toys, sheets, blankets and towels. A list of needed items is available on the website at http://www.TailsfromthecityCleveland.org. 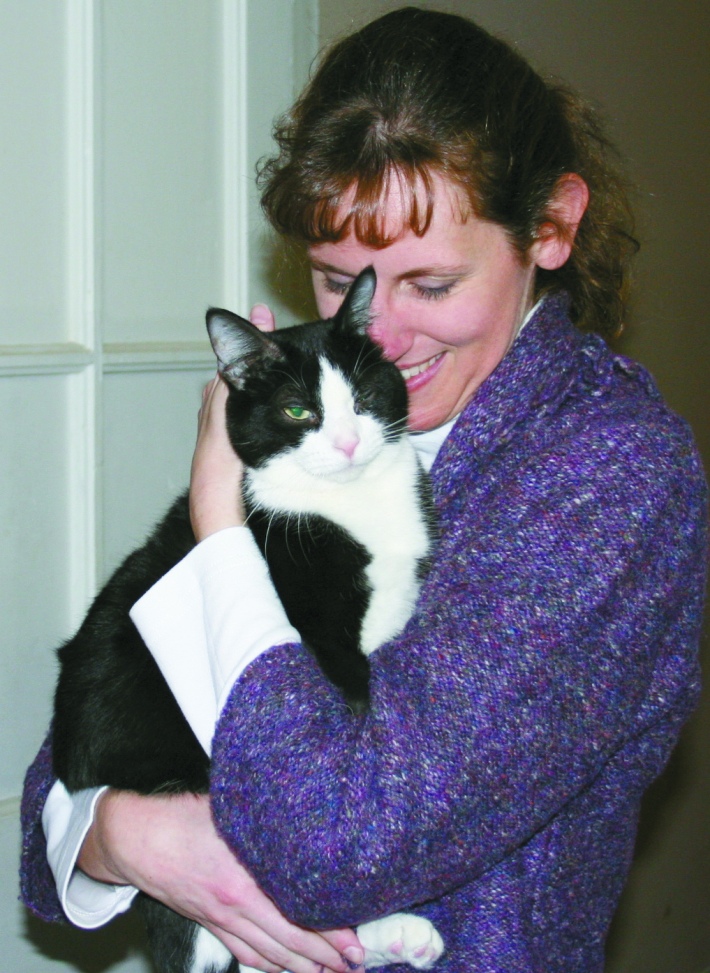