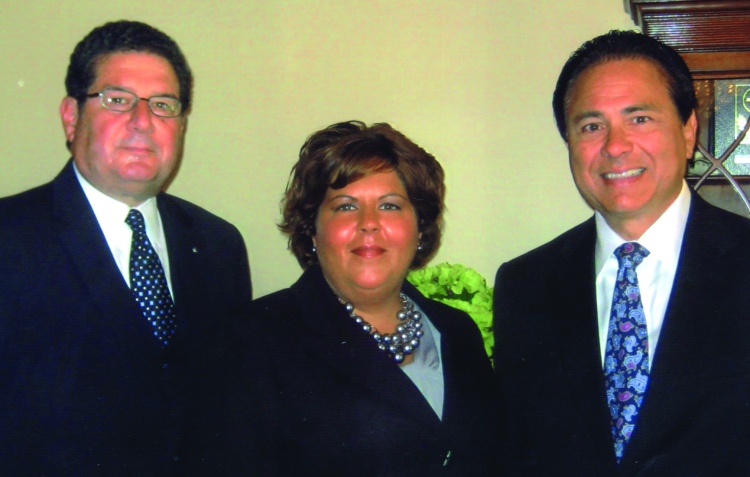 The owners, Cannon, LoPresti and Catavolos are friends who have all worked in the funeral business. George Catavolos says that the purchase and remodeling of the former Daniel L. Berry & Martens and Sons Funeral Home represents a $500,000 investment on the part of the three partners. Since the purchase of the building in the spring of this year, the partners have been remodeling and upgrading the facility with painting, new carpeting, new furniture and air conditioning.

Catavolos says the building, that the funeral home is in, was originally the mansion of a Dr. W. J. Quigley, a founding member of the Westwood County Club.

For Catavolos, the partnership represents a chance to become involved in the neighborhood where he grew up and where his mother still lives on nearby Baltic Road. Catavolos, a 1974 graduate of West Tech High School, is the president of the West Tech Alumni Association. He is a former owner of a funeral home on W. 98th and Denison and where he was involved in the Lorain Denison Merchants Association for many years. Catavolos says the new funeral home plans to get involved in neighborhood activities and organizations such as Cudell Improvement and the Detroit Avenue Merchants Association.  They have already provided space for a community garden by the railroad tracks on W. 112th. Catavolos says Lindsey Cannon will be the everyday face that the public interacts with at the Cannon, LoPresti and Catavolos Funeral Home.

Cannon says she hopes to offer quality services at affordable prices to families in their time of need. As a new funeral home in the neighborhood Cannon says they are networking and trying to establish relationships with local clergy. Cannon says she has worked providing funeral services to Cleveland’s Hispanic Community and continues those relationships in the new funeral home. The Cannon, LoPresti and Catavolos Funeral Home advertised in the Gay People’s Chronicle before it recently closed its doors, developing customers from the gay community, and have even hosted a gay wedding in the funeral home’s 150-seat parlor, said Catavolos.