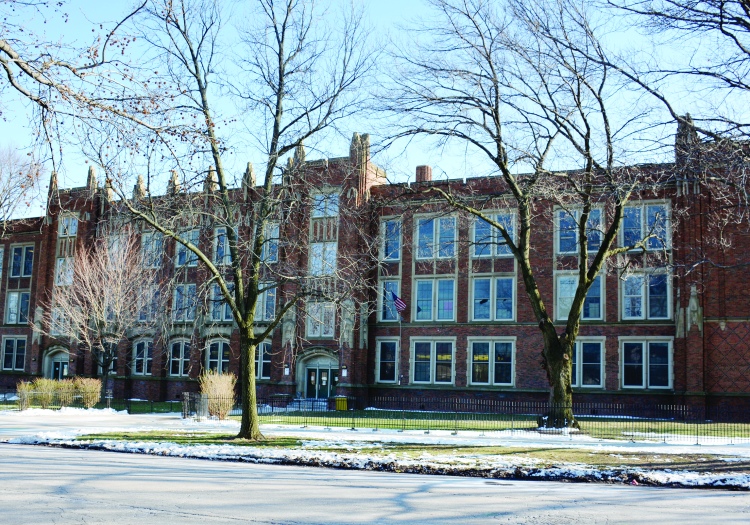 Improvements are in store for William Cullen Bryant School (3121 Oak Park) and Benjamin Franklin School (1905 Spring Road) in the Old Brooklyn neighborhood; the Louis Agassiz School (3595 Bosworth) and Wilbur Wright School (11005 Parkhurst Drive) in the Westown area; as well as the downtown Lakeside Building, home to the Cleveland High School for Digital Arts and the new Davis Aerospace and Maritime High School.

The work, designed to “refresh” and repair the buildings or provide space for new programs, includes a long list of items such as roofing, new heating and air-cooling equipment, tuck pointing, kitchen equipment and technology.

Most of the work will take place this summer. The District will begin making over an unused third floor at Wilbur Wright this spring, anticipating an influx of students after the McKinley building (3349 W. 125th) in the nearby Jefferson neighborhood closes at the end of the school year.

The largest shares will go Wilbur Wright, which will undergo nearly $11 million in improvements, and William Cullen Bryant, scheduled for more than $6.4 million in work.     The District is remodeling older buildings with money from Issue 4, a $200 million bond issue that voters approved in November 2014.