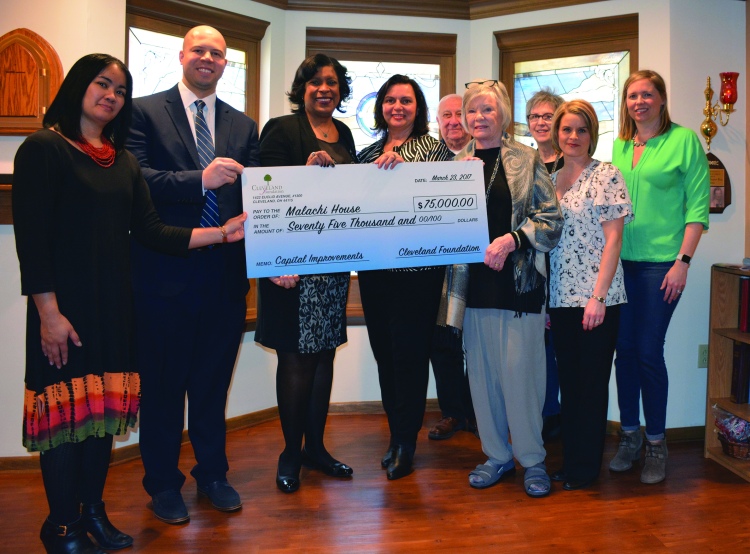 (Plain Press, April 2017)                Malachi House, a home for the terminally ill who are in need, has received $159,000 in grants that it plans to use to update its kitchen, generator, resident furnishings, basement and laundry. Malachi House, located in the Ohio City neighborhood in a beautiful home-like setting, serves as many as 15 residents at any given time.

The grants came from the Cleveland Foundation, the Edward A. and Catherine L. Lozick Foundation, The Elisabeth Severance Prentiss Foundation and KeyBank Tiedmann C.A.R.E.S and their employees.

The Edward A. and Catherine L. Lozick Foundation gave $45,000 that will be used for renovations of the laundry room and basement.

Malachi House was founded in 1987 through a pioneering effort to preserve human dignity for terminally ill individuals. The inspiration for the house came from the ministry of Father Paul Hritz and the St. Malachi Church parishioners who often encountered homeless individuals dying under bridges, in cars, deserted buildings and other unsuitable places within the city.

Father Paul Hritz and co-founder, Catherine “Kaki” O’Neill, both envisioned the creation of a home-like setting where compassionate people would provide care and attention to those who would otherwise spend their final days alone.