(Plain Press, April 2019)    The story of Judith Ann Peterson Horvath and Gary Horvath spans seven decades. It is a love story, the story of a family, a story of community, a story about boxing in Cleveland, and a story of the Near West Side neighborhoods of Cleveland and how they have changed over the years. Through a succession of boxing gyms over the years the couple provided a safe after school space for neighborhood children to do their homework, have something to eat, and learn to box. Gary Horvath estimates that over the years about 2,000 children participated in activities at one of their boxing gyms.

Judith Horvath, age 72, loving wife of Gary Horvath and mother of five children passed away in January of this year.  The couple raised their five children on the Near West Side of Cleveland, three girls and two boys – Tatia, Gary, Therese, Dominque and Christopher. Judith and Gary Horvath were blessed with 23 grandchildren. Their home, on W. 26thbetween Chatham and Monroe, was the central headquarters for family gatherings.

Gary Horvath recalls meeting Judith Ann Peterson in the late 1950s when they were both in the seventh grade. He said it was at a Friday night dance at William Dean Howells Junior High School. Gary says he lived near Woodbine and Fulton and attended William Dean Howells (now Garett Morgan School of Science). He said a mutual friend, Sandy, invited Judith Ann to the dance and introduced them. Judith Ann attended Thomas Jefferson Junior High School on W. 46thnear Clark Avenue and lived on Newark Avenue off of Fulton, south of Clark. Their mutual friend Sandy had relatives that lived down that way, Gary said.

Their meeting as seventh graders at a junior high dance was the beginning of a lifelong romance. Gary says in Junior High they would go to the school dances, or the movies at one of the many theaters in the neighborhood. In the late 1950s, during their tenure in Junior High, the neighborhood theaters were: The Lyceum Theater at 3545 Fulton near Judith’s house, where the Fulton Branch Library is today; the Garden Theater at W. 25thand Clark where the bank parking lot is today; the Rialto Theater where Mitchell’s Ice Cream is today at 1879 W. 25th; the Little Lorain Theater at W. 45th and Lorain; and the Madison Theater at W. 95thand Madison.

Both Judith and Gary went to West Tech High School on W. 93rdbetween Lorain Avenue and Madison Avenue. Gary recalls that every day, no matter what the weather, both he and Judith would take their packed lunches and walk down to W.89thand Madison to sit on the wall in the Lawson’s parking lot to eat their lunches. When other students started to follow them to the Lawson’s, they would cross the street to sit by the A & P grocery to each their lunch.

Gary said Judith was an A+ student. In the mornings, Judith and Gary would meet at W. 25thand Lorain and take the bus together down Lorain Avenue on their way to school. In the evening, they would ride the bus to W. 25thand Lorain. Judith would take another bus south on W. 25thto her home and Gary would walk to Jack Keough’s Old Angle Boxing Gym by St. Malachi Church.

Gary says Judith would help him with his homework on the bus. He remembers a teacher realizing that he did not do the trigonometry homework by himself, saying to him “Whoever helped you is very smart.” Gary said the teacher ended up giving him a passing grade in the class.

Judith graduated from West Tech in June of 1964; Gary graduated a semester later in January of 1965. Soon after graduation the young teenage couple married at St. Patrick’s on Bridge Avenue in April of 1965. Gary said his childhood parish, St. Mary’s, had closed by that time and the records had been transferred to St. Patrick’s.

In their early years after getting married, Judith worked in various law firms doing secretarial work. Gary had a seasonal day job working at the docks and continued to box.

In 1962, at age 16, Gary won his first Golden Gloves Championship in a bantam weight bout at Navy Park Gym on Ridge Road, just south of Denison. He said that boxing had moved from the old Cleveland Arena to Navy Park by the time he started fighting in 1961. Gary said “Navy Park was the fight place” until the late 1980s.

After his first Golden Gloves Championship, the Old Angle Gym owner John Keough introduced him to boxer Jimmy Bivins, a boxing champion who held the National Boxing Association light heavyweight and heavyweight duration titles during World War II. Bivins, who worked at Laub’s Bakery on Lorain Avenue, would work out at the Old Angle Gym after work.  Bivins began to train the young Gary Horvath who went on to win six more Golden Gloves Championships.

Gary recalls that while no wives or girlfriends were allowed in the locker room at Navy Park, Judith managed to get in to see him. He said she worked as a secretary to Cleveland Commissioner of Recreation John Nagy and knew the door guards who allowed her to pass through.

When owner John Keough passed away, Gary went into partnership with his boxing mentor, Jimmy Bivins, to take over the Old Angle Gym on West Superior Avenue by St. Malachi’s. Gary said Keough’s son Jackie gave the gym and its equipment to him and Bivins.

After four years at West Side Community House, Gary moved his boxing program to Zone Recreation Center where the program flourished from 1980 to 1986. From 1986 into the early 1990s, the boxing program moved to Cudell Recreation Center. Other locations over the years included a gym in a basement off Scranton, and another partnership with Jimmy Bivens in a gym at E. 55thand Lexington.

Gary, a seven-time Golden Gloves Boxing Champion, ran boxing gyms and boxing programs in different locations throughout the city for many years. Judith was supportive of this endeavor. Judith, who knew shorthand and worked as a secretary in various legal and government offices over the years, took notes on the fights and knew the names and stats of boxers. She would help prepare fight bills in English, Arabic and Spanish. Gary refers to Judith as “the Queen of the fight kitchen.” He says Judith prepared food for over 200 fight events starting with an amateur show in 1973 at the Carroll Gym at St. Ignatius High School.

Tatia, the eldest of the five Horvath children, says sometimes she and her mother were “in the kitchen for days” preparing food for an upcoming fight show. Tatia says they made homemade meatballs for spaghetti dinners. During the fights they boiled all beef hotdogs on site, and pan seared them before serving them to guests. Tatia said the crowds usually ranged from 350 to 400 people. She recalls working with her siblings to set up tables and chairs for the anticipated crowd at places like St. Michael’s Gruss Hall. Gary recalls Judith’s Italian beef sandwiches and salads, and that people would remark about the fight shows they hosted saying they had “never seen such a big selection of food for a fight show anywhere.”

In 2012, Gary and Judith found an old warehouse at 3212 W. 25thStreet. They received a discounted rent for clearing out 165,000 pounds of junk from the building. Gary decided to add the “Make them Pay” slogan to the name of Old Angle Boxing Gym when Attorney Tim Misny gave him a donation. Judith helped Gary negotiate a huge discount on a boxing ring with a salesman impressed with their reputation for charity work in the neighborhood.

Gary says Judith used to work with the kids at the gym.           Tatia recalls her mother’s kindness to children. She remembers a young child, with two younger siblings in tow, getting hot dogs for all three of them and holding up his only dollar, asking how much it would cost. Tatia said he mother talked to the child saying, “you want all that stuff for one dollar?” Then after building up the child and making him feel like he got something for the dollar, Tatia said her mother gave the dollar back to the child and told him to bring it again next time he came to the gym to use it to get more food.

For the first 15 years of their marriage, Gary and Judith didn’t have kids of their own. Gary said they devoted time to the kids at the boxing gyms. The couple then had five children within six years between 1981 and 1986. Tatia says in addition to their own children, her parents also nurtured many neighborhood youth, including one child whose mother died.

In addition to the boxing gyms, Judith and Gary ran a number of restaurants in the neighborhood.  From 1979 to 1984, the couple ran Gary’s Hungarian Restaurant on W. 26thand Lorain Avenue. Gary said Judith, of Swedish and German descent, learned to cook the Hungarian gypsy food of his family. The restaurant also specialized in homemade Italian beef sandwiches.

In the 1990s, the couple had a restaurant on W. 25thnear Bridge Avenue and later were selected to participate in a food court inside the old Fries and Schuele Building where they sold crepe suzettes and stuffed cabbage. 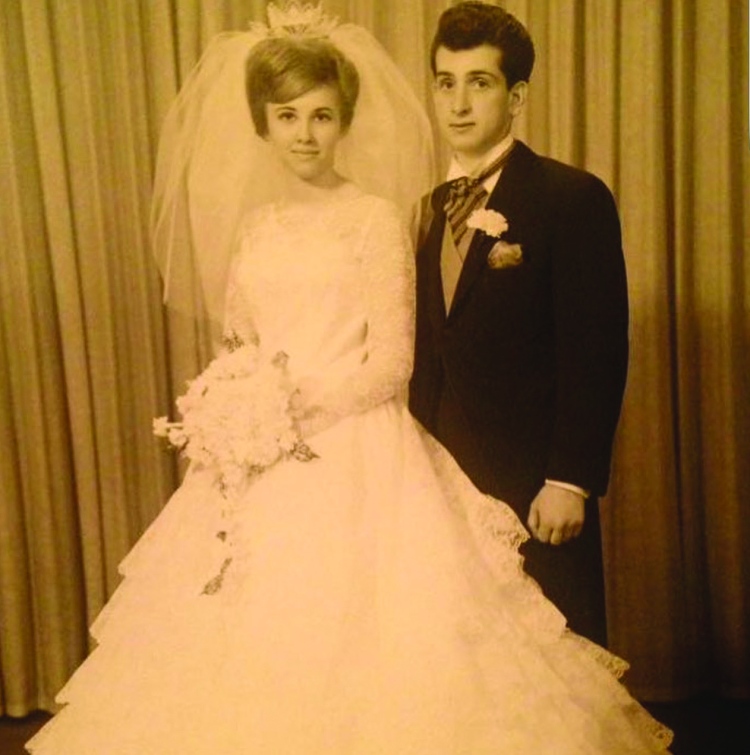