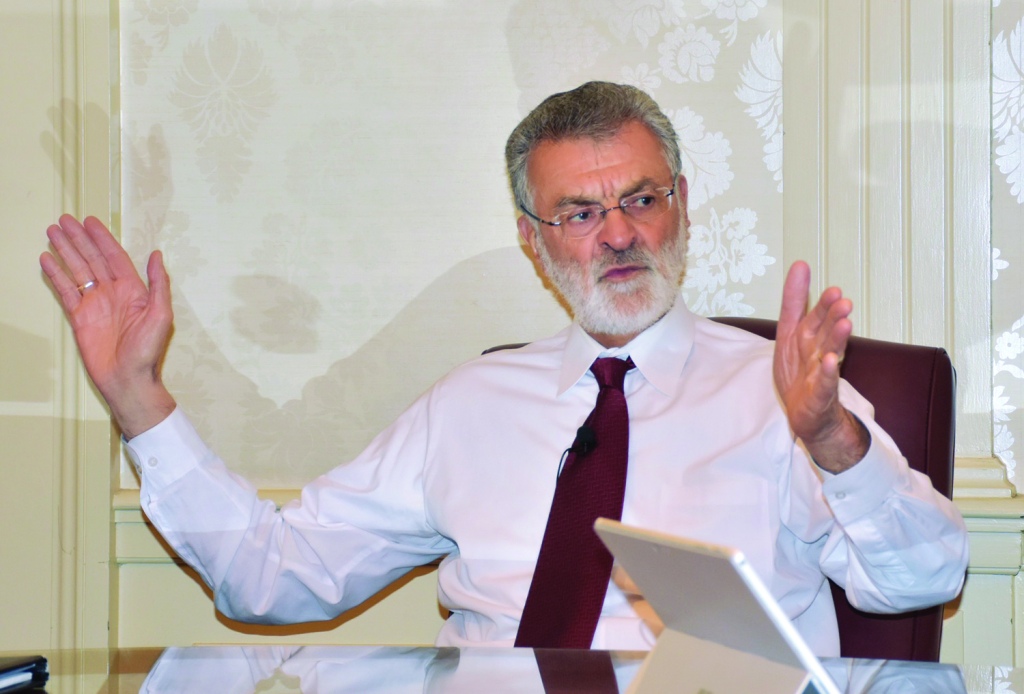 (Plain Press, January 2020)    At a December 13th meeting with Cleveland community newspapers and small media outlets, Mayor Frank Jackson explained the reasoning behind the City of Cleveland’s plans to build a new police headquarters along the Opportunity Corridor route in the Kinsman neighborhood. The Opportunity Corridor, now under construction, links the E. 55th exit of I-490 with University Circle. The City of Cleveland and the State of Ohio hope the corridor will attract new businesses and revitalize neighborhoods along its route.

The new police headquarters is planned for a 12-acre site south of Woodland at about E. 75th near Orlando Baking Company located on the 7700 block of Grand Avenue. Mayor Jackson says the location is close to the E. 55th Street exit for I-490. He said the site is also within walking distance of Regional Transit Authority rapid station stops on E. 79th Street, noting that employees of Orlando Baking Company currently take the rapid to work.

The location will allow for a state-of-the-art facility with both technological and design innovations, says Mayor Jackson. Unlike downtown locations considered for the new headquarters, the Kinsman site has plenty of space for parking. The location will also allow the Cleveland Police Department to consolidate its indoor firing range, and special units such as its gang unit and narcotics unit all in one location. Mayor Jackson says the new facility will have 1,000 employees working there, of which 700 are police officers and 300 civilians.

Mayor Jackson says other advantages of the site are that because it is part of the Opportunity Corridor, it is shovel ready, and all the utilities are ready. He said residents of the communities near the site will also benefit from jobs and contracts.

Mayor Jackson said it is only possible to assemble such a large site in a distressed neighborhood. He said there are many, nearby, large development sites that the city of Cleveland is hoping to attract businesses to invest in along the Opportunity Corridor. The sites are shovel ready, the infrastructure is in place, and there are fiber cable options — all things that businesses say they need.

However, Mayor Jackson says two factors have been cited by businesses as to why they are not ready to move to this portion of the Opportunity Corridor. One reason is safety, and another reason is that they do not want to be the first one to move into the area. Mayor Jackson says moving the police headquarters to the area as the first new entity in the neighborhoodwill address both concerns.